Dog news doesn’t get much bigger than this. The American Kennel Club has announced it’s adding two new names to its recognised breeds list--bringing the total count to 195. The first new dog breed is a water dog with a soft, curly coat from France called the barbet (pronounced “bar-bay”). The AKC describe this sporting dog as loyal, smart, and friendly. Adding it “loves to be near its owners.”

The second addition is the perfectly named dogo Argentino. Not surprisingly, this working dog hails from Argentina and was bred to hunt large animals like boars and mountain lions. The AKC report they’re “confident, courageous, loyal, and affectionate with their family.”

While the barbet is a good option for a family dog, dogos require a lot of exercise, have “strong guarding instincts,” and can be territorial. Therefore, they’re better suited to owners with more dog experience.

If you’re wondering how one gets a new dog breed on that coveted list, it’s not a simple task. To be recognised as an official breed, the AKC dictates there needs to be a registered national club with over 100 members and the breed must found in at least 20 US states.

This Stick Library for Dogs Is the Purests Idea in Existence 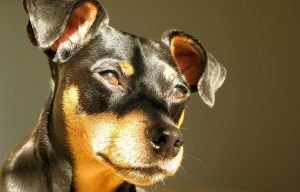 A Miniature Pinscher Is a Big Dog in a Small Body

This breed combines the best parts of big and small dogs–they’re smart, affectionate, outgoing, and love adventure. All wrapped up in a pocket-sized package.