Do Dogs Need Vaccinations?  Yes, vaccinations help animals avoid getting sick, spreading disease, and boost immune systems. Puppies get their first core shots at 6-8 weeks. At 10-12 weeks they’re given a booster that includes non-core vaccines. Final (puppy) shots are given at 14-16 weeks.

Why Do Dogs Need Vaccinations?

Like us, dogs need vaccinations to help avoid diseases that could make them very sick or even be fatal. Following a vaccination schedule when they’re young also boosts their immune system for life. By not vaccinating your dog you’re not only putting them at risk, but also increasing the likelihood that disease is active in the population–endangering other animals.

Vaccinations work by exposing dogs to an agent that’s similar to the microorganism that causes the disease they’re protecting against. Once that agent is in the bloodstream it stimulates the body’s immune system and tells the body it’s a threat. That way if the immune system encounters the agent again the body will recognise it and be ready to fight it off. Effectively they’re creating immunity without running the risk of catching the disease.

Which Vaccines Do Dogs Need?

Vaccines fall into two categories: core and non-core. Core vaccines protect against life-threatening disease, they’re seen as vital. Non-core vaccines are sometimes thought of as more optional, and may be dependent on location, exposure risk, or recent outbreaks in the community. While they’re technically optional, they’re still very recommended by vets. Also, if you’re planning on taking your dog to a kennel or daycare they’re required.

Depending on where you live, the standard core and non-core vaccines may vary. In Australia, dogs receive three core vaccines protecting against:

They’re often combined into one injection called the C3 vaccine.

The most common non-core vaccine in Australia is the C5, which contains the C3 and protects against:

Those two viruses usually present together as kennel cough, a contagious respiratory disease that often spreads through kennels (surprise), as well as dog parks, breeders, grooming salons and other areas dogs crowd together.

When Should Dogs Be Vaccinated?

Puppies get their first core shots at 6-8 weeks. At 10-12 weeks they’re given a booster that includes non-core vaccines. Final (puppy) shots are given at 14-16 weeks. They’re not done though: to keep immunities up, dogs should receive annual booster vaccinations for the rest of their lives. Especially if your dog is going to a kennel or spending a lot of time around other animals. Yes, we know that’s easy to forget, but put a reminder in your calendar, it’s important.

It’s also important to remember that vaccines might not be fully effective until 1 or 2 weeks after their final booster. This can be tricky because those early months are an important socialization period for young dogs. But unvaccinated puppies are at risk of picking up diseases.

During this time, before they’re fully vaccinated, vets recommend that owners are extra careful to only socialise them with dogs who are up to date with their vaccinations, in spaces that haven’t housed unknown dogs. An unvaccinated puppy can pick up infections from shared spaces such as dog parks or cafes. But if a dog is under socialized when young they can also have behavioral problems. So basically vaccinate your dog on time so they can start enjoying their social life.

Because vaccines work by stimulating a dog’s immune systems, some minor reactions may occur. These can include a bit of soreness around the vaccinated area, and fever. These symptoms usually settle down within a few days.

There are other, far more uncommon, side effects that could occur, so it’s worth keeping a close eye on your pet just in case something surfaces. If anything seems off they should be taken back to the vet to be checked over. Be aware, the very few bad reactions are often spread widely on social media, making it easy to overestimate the risk. While the slim chance of side effects is scary, they pose a much smaller threat than the serious diseases your pet is vulnerable to if you don’t vaccinate them. But concern over these reactions has seen a rise in dog anti-vaxxers.

What Are Dog Anti-Vaxxers?

As with human vaccines, some people have concerns they could lead to other issues. Naomi Smith, a sociologist from the Federation University in Victoria, who has researched the human anti-vaccination movement’s presence on social media, reflected on the growing trend of dog anti-vaxxers to the Guardian: “This attitude towards, I say this in quotation marks, ‘bodily and dietary purity’, is being translated by people into their pets because we view pets as part of the family now…So if you’re taking on the attitude that you’re going to keep your family, again, quote-unquote, ‘safe’, why wouldn’t you extend it to your dog too?”

The rates of people choosing to not vaccinate their dogs in Australia is growing and worrying pets.

Most dog anti-vaxxers believe that side effects cause more problems than potential diseases, or feel we’re over vaccinating pets and making them sicker. We won’t get too stuck into their claims because the majority of vets side with vaccines. Although, we’re always up for supporting more research into anything impacting the health of dogs.

The trends to not vaccinate not only leave individual pets vulnerable to life-threatening diseases, it also has a flow on effect for other pet owners. A 2018 report from Britain’s People’s Dispensary for Sick Animals (PDSA) that surveyed more than 4,600 pet owners found that about 25% of dogs (2.2 million) had not had their necessary vaccinations when they were young. The most common reason to not vaccinate (20% of responses) was that the owner didn’t think it was necessary.

Again, not only do vaccines keep your pet safe, but they protect other animals by limiting community spread. The authors wrote in the report: “[T]he figures for pets not receiving primary vaccinations and regular boosters may threaten population-level immunity.”

Population-level immunity (often called herd immunity) is really what we’re all working towards. If a high enough level of the population is immune, it keeps outbreaks under control. But it can also lead to complacency when disease rates appear to drop so low people become a bit slack about the annual vaccines. So keep up to date to keep everyone safe!

Is Pet Insurance Worth the Money?

What ages do puppies have vaccinations?

Puppies get their first core shots at 6-8 weeks. At 10-12 weeks they’re given a booster that includes non-core vaccines. Final (puppy) shots are given at 14-16 weeks. They will need booster vaccinations to maintain immunity.

What vaccines do puppies need?

The most common non-core vaccine in Australia is the C5, which contains the C3 and protects against: Parainfluenza Virus, Bordetella Bronchiseptica.

Yes. Because vaccines work by stimulating a dog’s immune systems, some minor reactions may occur. These can include a bit of soreness around the vaccinated area, and fever. These symptoms usually settle down within a few days.

There are other, far more uncommon, side effects that could occur, so it’s worth keeping a close eye on your pet just in case something surfaces.

How often should dogs be vaccinated?

Once they’re done with their puppy shots dogs need to receive regular boosters  to keep immunities up. That’s especially important if your dog is going to a kennel or spending a lot of time around other animals.

Next in Dog Health 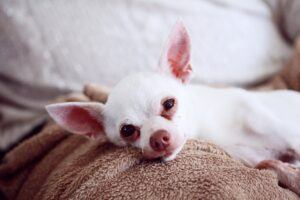 How to Tell If Your Dog Is Underweight

Has your dog gone off their food or started looking a little boney? Here’s how to tell if they’ve lost too much weight (and how to help them find it again). 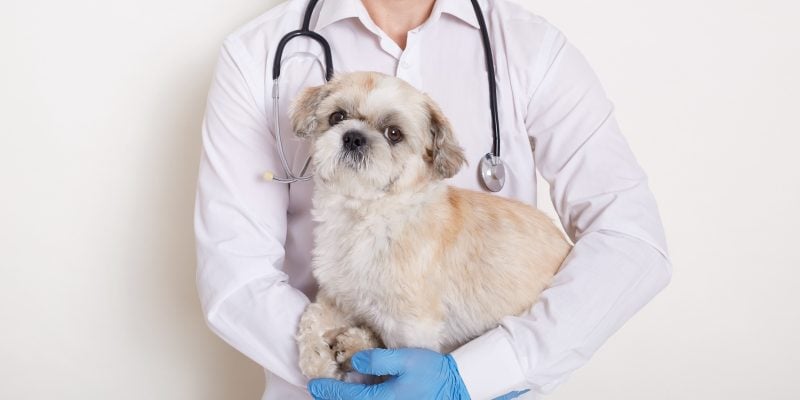