So you have decided to get a dog. That’s awesome! (If you’re still making up your mind, check out our article on the topic.) The next step is working out what type of dog’s right for you, and where to get them from. A big decision will be to get a rescue dog or not. While providing a rescue dog  a home is a beautiful thing, it may not be the best choice for your family. Let’s explore all the things you should think about to make the right decision.

One of the biggest benefits of rescuing a dog is the knowledge that you are giving an animal a second chance. You may even be saving its life. Getting to Zero, an organisation working to prevent animals being put down, estimate that over 175,000 dogs are euthanised in Australia each year. Places such as RSPCA officially have a “no-kill” policy, but that’s often not as straight forward as it seems. In 2017 13 percent of dogs in their care were euthanised; mainly for medical or behavioural issues.

The most important thing to realise when considering a rescue dog is to not make the choice out of guilt. You did not surrender a dog, let them roam free and be caught, or allow them to breed irresponsibly. Plus there are other ways to support rescue dogs without taking one home: you can still donate time or money to help them out.

If you have your heart set on a specific breed you may not be able to find one in a shelter or the search may take a long time. But this doesn’t mean that there are no pure breed dogs available to rescue. There are lots. Some breeds even have breed-specific rescue programs. Remember, there’s nothing wrong with mixed breeds either. Added genetic variety is touted as having health benefits that mitigate some of the weaknesses of pure breeds.

Wanting a puppy doesn’t mean you can’t get a rescue. Currently, around 20 percent of Pet Rescue’s listings are for puppies. Puppies are the cutest; there’s no disputing that. But they can also be destructive, are not house-trained, and demand a lot of time and attention.

Adult dogs are generally house-trained, you can see their adult personality, and a good shelter will have already screened them for major behavioural or health issues.  They’re usually recommended as better if you have children under ten as they are generally more patient and less boisterous.

Rescuing a dog will generally have a fee of around $400-$600. This will normally get you a dog that has been vaccinated, wormed, microchipped, de-sexed and had a vet check to make sure they’re healthy. A dog from a breeder will be closer to $2000, and you will probably have vaccinations and de-sexing costs early on. Once again, it’s important to understand that the upfront cost of getting a dog is a small portion of what it will cost to look after its entire life.

Whether you choose to get a dog from a shelter or a breeder, the same rules apply. For a shelter, you want to check they do health and behavioural screenings before approving a dog for adoption. They may also do some training and offer a trial period. Both a quality breeder and shelter should also try to make sure that your style of living matches the dog.

From a reputable breeder, you want to make sure they’re managing the major health problems that breed is susceptible to with good genetics, and that the puppies are well looked after and socialised. You don’t want to support a puppy mill. You should Google or reach out to people on Facebook who have dogs from that breeder or shelter and check how everything has gone for them.

The Story of How Snoop Came to be

Three and a half years ago I finally stopped moving around and wasn’t renting anymore. It was finally time to get a dog. I’d decided to do the “responsible” thing and rescue a dog. I had just started looking and getting a lot of “no longer available” responses to enquiries when a co-worker sent me a photo of a four week old Beagle puppy.  I was smitten. When I met Snoop a couple of weeks later all thought of rescue went out the window. You try to say no to a Beagle puppy! Two of Snoops litter mates had severe hip dysplasia, and Snoop ended up needing ligaments on each knee operated on. So I certainly did not follow my own advice, but also don’t regret it!

Final Thoughts on Getting a Rescue Dog

Getting a dog is a big decision. They will be a massive part of your life for the next 10-15 years.

You should never be guilted into deciding to rescue a dog. It is not your fault they’re in a shelter. But a rescue dog may be the perfect dog for you. They also come with the added heartwarming benefits of knowing you’re giving a dog a second chance at life.

The breed and age of dog you’re after will impact the numbers of rescue dogs available–but not as much as you might think. Don’t be afraid to check rescue sites first and regularly.

It’s vital to do your research on shelters and breeders to make sure you get the right dog. Once you do, gaze into their eyes, and you won’t have any reason to resist!

For more on new dogs, check out:

What’s the Go with DNA Testing for Dogs? 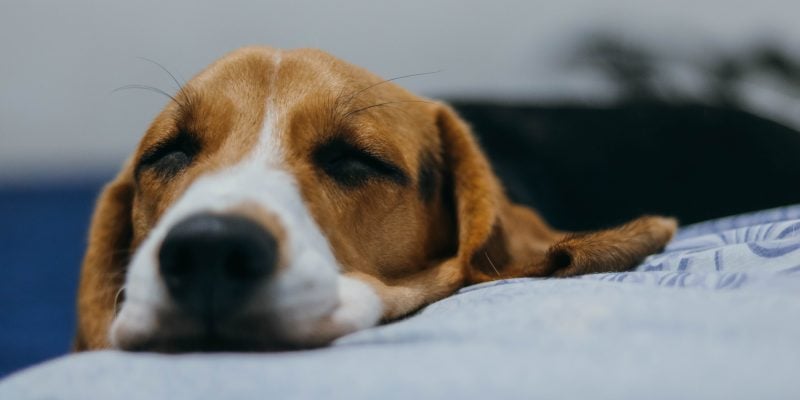