I think I’ve cried once as an adult (come on, as if you got through watching Lion without shedding some tears), but I admit that my eyes had welled up early in the first episode of Netflix Dogs.

You learn about Corrine, a young girl living with severe epilepsy from a young page. Her mother sleeps on her bedroom floor every night, fearful that another episode occurs with no-one around.

Corrine’s face lights up as she learns of a dog named Rory, soon to be welcomed into the family as a support dog. Rory’s task – to provide Corrine with support, love and a watchful eye as she sleeps. Rory has been trained to identify seizures and alert. You quickly come to appreciate the premise of the show as you watch this young woman work out the relationship between her new dog and her own illness.

Episode 2 opens to Ayham, a 20-year-old refugee granted asylum in Berlin, separated from his Husky ‘Zeus’ back in his native Syria. He Facetimes his dog regularly. Despite everything that has happened, feels supreme guilt for leaving his dog behind as he tries to bring him over. Yep, it’s a tear jerker. 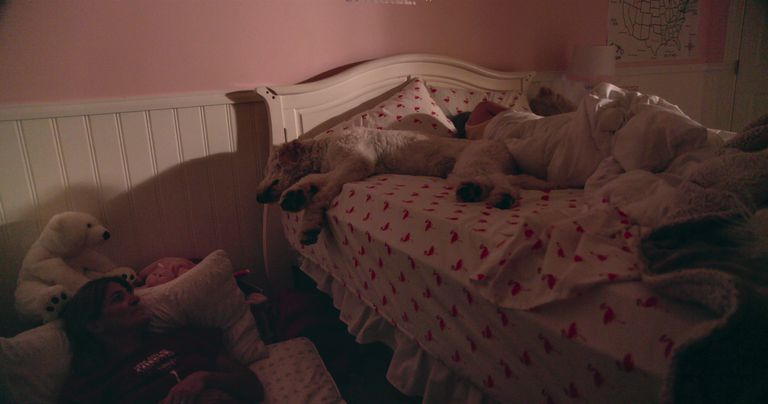 ‘Dogs’ is an excuse to explore real human stories and the role that dogs play. It doesn’t glory them, debate ethics, whether to feed them raw or dry food. It just shows dogs doing what they do – help us become better and more loving people.

It’s through these stories that we understand the complex and varied roles in which dogs make our lives with unconditional love and support to our unique needs.

Two episodes into the Netflix show Dogs and am blown away by the stories being told. Despite the name, it’s the most human thing I’ve seen in a really long time. It’s a dazzling beautiful devastating happy-cry-inducing floofy accomplishment.

Companionship, interdependence, trust, love. The Netflix ‘Dogs’ documentary will have you crying, smiling and holding your dog tightly. Written by Mike Halligan on November 27, 2018 for Off The Leash