Do Dogs Like Dog Parks? Many dogs do enjoy the exercise, stimulation, and social interactions dog parks provide. But for small, anxious, or easily overwhelmed dogs they can be a nightmare.

Dog parks have become massively popular in recent years. Since 2009, there has been a 40 percent increase in the development of dog parks in the US alone. People seem generally happy about it: a 2018 survey by the National Recreation and Park Association found that 91 percent of Americans feel dog parks benefit their communities.

But as their popularity spikes, we’ve also witnessed increasing concern from dog owners and behaviourists about the culture they foster. Canine behavioural expert Steve Austin drew media attention and inspired debate two years ago when he suggested that dogs should pass tests before being able to use off-leash parks. He argued that they were a melting pot of conflicting emotions, instincts, behaviours, and histories that provided a fertile ground for confrontations between dogs (and occasionally owners).

While some thought Steve’s suggestion was too extreme, it did speak to the ongoing concerns of many pet parents. When Off the Leash asked readers to share their own feelings about dog parks the responses were overwhelmingly negative. Many shared concerns over a lack of proper controls or systems to protect smaller and shyer dogs from larger more outgoing ones. But most of the worry was less focused on pets, and more on people. A repeated criticism was levelled at owners who don’t pay attention to their animals or fully understand their behaviour. Over all, reading about their experiences, it was hard to not begin to think of dog parks as volatile, anxiety-causing places.

A Case for Dog Parks

It’s worth noting that the appeal of dog parks is no mystery. A lot of pets love them and they serve several roles. As housing becomes more dense in urban areas, and less people have gardens, they can be one of a few spots where dogs can conveniently stretch their legs.

That access to exercise is especially vital as we see rates of canine obesity skyrocket. Dog parks can also provide valuable social time and mental stimulation for dogs that can help curb problem behaviours like barking and chewing. If you’re trying to train your pet, the chaos of a dog park can provide a good chance to test their focus and techniques. They can be a lot of fun. Many of the readers we spoke to mentioned that in the right circumstances their pet did seem to enjoy them. Plus they’re a great place for owners to meet up and neighbours to get to know each other. As our lives become more insular, dog parks are one of the rare spaces where we regularly meet and chat to people outside of our immediate social circles.

The Dark Side of Dog Parks

Many of the benefits of dogs parks (socialising, energy, stimulation) are deeply conditional– they only apply to certain dogs in certain situations. For small, anxious, or easily overwhelmed dogs they can be a nightmare. Bad experiences in dog parks can lead to picking up bad habits and long-term fears of encountering other dogs. Interestingly, many smaller dog owners mentioned that their own dogs became more aggressive when surrounded by large dogs, as they felt compelled to act out and protect themselves.

Even larger or more confident dogs can face issues as not all animals communicate the same way. Depending on age, size, breed, and past experiences what passes as play for one dog could be interpreted as bullying to another.

Some people even feel that the very design of dog parks is counter-intuitive to dogs’ instincts. Playing with groups of animals they don’t really know, with no clear leader, can confuse their understanding of pack dynamics and see them try to establish a pecking order between themselves. This can lead to confrontations if several animals see themselves at top dog.

Finally, there are the owners. Understandably, people are incredibly sensitive about their pets and that anxiety can lead to tense exchanges if problems between dogs do arise.

How to Safely Enjoy a Dog Park

The first thing you need to do when preparing your dog for a good interaction is be honest with yourself about your pet. Just because they’re chill at home doesn’t mean they’re guaranteed to be chill in an uncontrolled environment. If your pet becomes overwhelmed or aggressive it’s not necessarily a reflection on you as an owner or even them. They might be the nicest dog in the world and just hate parks, that’s ok. But then don’t force them to go or ignore their issues.

It’s hard to be objective about your own dog, so ask yourself: are they well socialised and trained? That could mean, are they okay with being approached by a group, surrounded by strangers, or engaging in rough and tumble play? If that doesn’t sound like them, they’re probably not a dog park dog.

Even if they love all that action, they still need a decent level of training. A good rule is that any dog in a dog park should have undergone basic training (puppy preschool) or be engaged in ongoing home training. At the very least they need to have a strong recall command–aka come when you call them.

While you’re at it, make the effort to learn about dog behaviours. It will allow you to understand the pack dynamics of the park, tell the difference between play and aggressive behaviour, properly introduce your dog to a new setting, and ease your own anxiety. Parks are a lot less stressful if you understand what’s going on.

Finally pay attention. A lot of negative interactions between dogs could be avoided if owners were alert and taking responsibility for their pet. Even if they’re a regular you still need to monitor them at all times. Don’t assume others are in control of the situation. If you do decide to take your dog to the park, it might be a good idea to read up on dog park etiquette.

There’s no guaranteed way to make your dog a fan. It’s a matter of taste, just like how some humans love parties and others feel tortured by them. But you can take steps to minimize negative experiences.

Firstly check out the space without your dog first. See what the vibe is, how big the regular dogs are, how they interact, and if there are separate areas for different sized animals. As mentioned, learn behaviours so you can spot an aggressive or upset dog. This will help you get your pet out of the way before anything kicks off. If they’re hanging around the edges of the group that’s ok, they might be taking a breather or observing pack behaviour. Don’t push them to interact before they’re ready.

Ultimately though, if your dog isn’t a fan you can’t force it.

For all the talk about them, dog parts only account for about five percent of dog’s socialisation training. They get the rest from regular interactions. So consider skipping the park and taking them with you as you run errands instead. If you want them to have more direct exposure to other animals obedience classes and dog play dates are a more controlled way for them to socialise.

In terms of exercise, consider taking them on a run or walk instead. That also has the added bonus of benefiting you too. But ultimately, what your dog really wants is to just be with you. So don’t underestimate how valuable a night in on the couch can be. It’s also a lot less stressful.

5 Next Level Dog Parks in the US

Many dogs do enjoy the exercise, stimulation, and social interactions dog parks provide. But for small, anxious, or easily overwhelmed dogs they can be a nightmare.

Are dog parks good for dogs?

Dog parks can also provide valuable social time and mental stimulation for dogs that can help curb problem behaviours like barking and chewing. If you’re trying to train your pet, the chaos of a dog park can provide a good chance to test their focus and techniques.

But for small, anxious, or easily overwhelmed dogs they can be stressful.

Can puppies go to dog parks?

Dogs shouldn’t go to dog parks until they’ve had all their core shots. This is usually completed by the time they’re 14-16 weeks.

Even after they’ve been immunised they shouldn’t head to the dog park until they have undergone basic training (puppy preschool) or be engaged in ongoing home training. At the very least they need to have a strong recall command–aka come when you call them.

Can dogs get sick at dog parks?

A huge amount of animals spent time in dog parks. Because of this dogs should only visit parks when they are up to date with their vaccines. 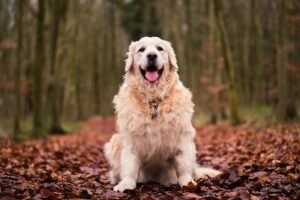 How to Help Your Dog Lose Weight

Helping our pets maintain a healthy weight can be a fun and rewarding experience.