So, are mushrooms bad for dogs?

The consensus is pretty clear: stick to the approved supermarket species’ (yes, like the kind on your pizza leftovers) and mushrooms can be a nutritious snack enjoyed in moderation.

Never feed a wild grown mushroom to your dog, and in the event your dog scavenges one himself, immediately seek veterinary attention.

Let’s preface this all by saying: if you’re here because your dog has made a quick meal of an indeterminate species of wild mushroom, call the Australian Animal Poisons Centre on 1300 869 738 or head to a vet stat.

You’ve probably heard the mixed reputation mushrooms have (and if you haven’t, we’d really encourage you not to go out mushroom picking). Mushrooms are a prolific food source across the world and a staple ingredient in many cultural dishes. You’re most likely to stumble across wild mushrooms during autumn, in wooded areas and grassy parks. Or the grocery store, all year round. With about 5,000 species of mushrooms growing in Australia alone — each teetering somewhere on a scale from “delicious and nutritious” to “whoops, I’m dying!” — it’s integral to exercise some caution while feeding fungi to our pets.

The short answer: it depends.

Amongst the number of safe and edible mushrooms your dog (and you) can safely eat, there lurk over 70 highly poisonous species. And while some just scream “don’t eat me” (like the infamous Amanita muscaria 🍄 ) others look nearly identical to their edible counterparts.

Can dogs eat mushrooms in the yard?

As a rule, unless you’re an expert mycologist, never feed your dog any wild foraged mushrooms. This includes mushrooms found in the outback, as well as those growing in your own backyard.

Can dogs eat mushrooms from the grocery store?

It’s generally a different story with store-bought and supermarket mushrooms, of which most are totally safe. This includes white button, portobello, shiitake, and white cup mushrooms.

The same rules apply for puppies as they do for adult dogs. But since puppies have such specific nutrient needs to support their growth, we always recommend feeding treats & extras in moderation.
In moderation, mushrooms are a perfectly safe snack for your puppy, alongside their nutritionally balanced and age appropriate puppy food.

The benefits of mushrooms

You may be wondering why bother with mushrooms if the risk is so comparatively high to say, a ready-made treat.

Well, mushrooms are rich in several B vitamins, essential minerals and antioxidants. They support an enriched immune system, a healthy skin and coat, and encourage heart-health. They’re also delicious, though this can be controversial.

Like most things you feed your dog, mushrooms are best eaten organic (or just pesticide free). Keep in mind canine stomachs don’t include the necessary enzymes to digest some mushroom-specific fibres, so you should thoroughly cook them to reap the nutritional rewards.

Yep, and that’s the method we’d recommend. Pan-fry them with dog friendly oil (like olive oil), or oil-free on a non-stick pan. Steer clear from seasonings, especially salt and sodium-rich blends.

The risks of mushrooms

We’ve established that wild grown mushrooms are no bueno for your dog, no matter how well they compare to your Google image of an edible species.

You should exercise considerable caution when walking your dogs through mushroom-prone areas. Mushrooms thrive in shaded areas, like at the base of trees and thickets, and are prolific amongst tambark and mulch. We’d also recommend combing your yard often during the autumn months, since spores can pop up literally overnight.

The symptoms of mushroom toxicity

Not every wild mushroom will kill or seriously harm your dog, but they can still cause intense pain and organ damage.

For non-lethal mushrooms, gastrointestinal toxicity can present itself as little as 15 minutes after the first bite, or as long as 6 hours later (Better Health, 2019). Signs can include vomiting, diarrhoea, dehydration and weakness. More severe symptoms like bradycardia and respiratory issues are also possible from gastrointestinal toxicity. Hospitalisation is usually required here, even if the outcome is usually non-lethal.

Hepatotoxic mushrooms include the nefarious Death Cap and Death Angel species — say no more, right? This variety of mushroom is associated with massive and acute liver failure, with death occurring within a few days of consumption in the most serious cases. Symptoms generally begin as gastrointestinal (vomiting, diarrhoea and lethargy) before progressing into total liver failure.

Nephrotoxic mushrooms target the kidneys. According to First Vet (2021), signs of exposure are usually delayed, and can present themselves an entire week after ingestion. A dog experiencing nephrotoxicity will exhibit the usual gastrointestinal symptoms, alongside increased thirst and (sometimes bloody) urination. Neurotoxic (or magic) mushrooms aren’t lethal and usually don’t require medical treatment. But while your roomie might swear on their healing powers, consuming hallucinogenic mushrooms is usually a highly distressing experience for your dog. Most common symptoms are stumbling, dilated pupils, chills and general confusion; more severe signs include vomiting, anxiety and agitation.

Written by Gemma Sheehy on March 5, 2022 for Off The Leash

If there's one thing Gemma's passionate about in life, it's dogs. When she's not writing about them she's living, breathing, walking and snuggling with her own. Besides dog shows and sporting events on the weekends, Gemma is partial to cooking (sometimes) healthy meals, watching horror movies and making records for time spent in pyjamas.

Next in Food & Feeding 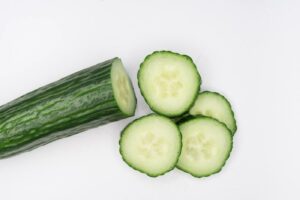 Cucumbers are a controversial fruit (yes, you heard us – fruit). Their deliciousness is the source of heated debate: crunchy bursts of hydration or the watery grave of snacks? We’ll let your dog decide on that.  The short answer: Yes! Cucumbers are as dog-safe as it comes. From seed to peel they’re non-toxic, nutritious, and […] 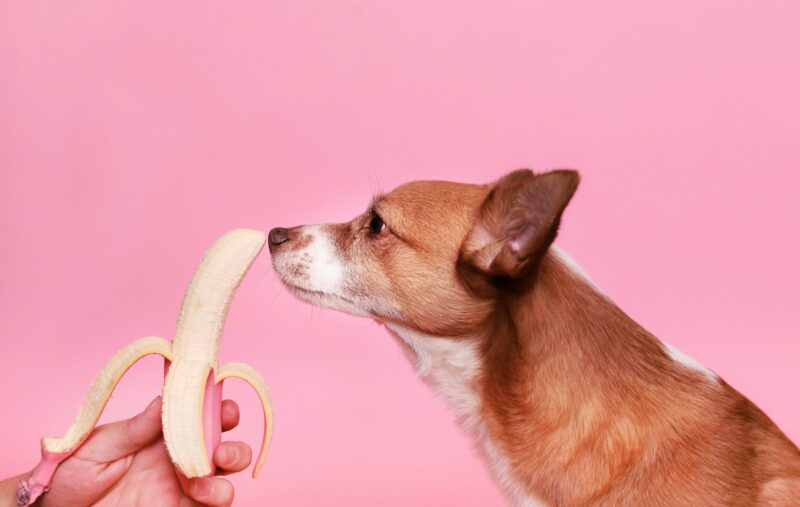